When the Sun Burps

We all do it. Some are discreet and others not so much. Little boys do it for entertainment. In some cultures it is considered rude and in others it is a sign of appreciation. Burping. A normal and natural response of the body to expel excess air from the stomach. People may have differing views on the degree of offense taken when in the vicinity of a loud, relieving belch by another person. But the words ‘rude’ and ‘offensive’ are the last things that come to mind when the nearest star to our planet suffers from indigestion and releases a belch of cosmic proportions. No, when the sun burps, all we think about is beauty and awe. Why? Because the result is an amazing display of glowing colors dancing in the night sky. The northern lights!
A quick lesson at Google University explains how this happens. Storms on the sun send charged solar particles through space, some of which are intercepted by Earth. These particles are deflected by earths magnetic shield as a protection for life on the planet. But around the poles, this shield is weaker and some of the particles enter our atmosphere and collide with atoms and molecules. This collision causes the atoms and molecules of oxygen, nitrogen etc. to become ‘excited’ and during this process they release a particle of light or photon. The varying colors of this display depends upon which gases in the atmosphere are being affected. If the charged solar particles are interacting with oxygen the color produced is green. If you see blues or reds then most likely it was nitrogen. This is by no means a detailed, scientific explanation but it gives us an idea as to what causes this amazing light show.
While I appreciate the reason behind the aurora, as a photographer, I am more interested in capturing its beauty to share with others. A few nights ago, one of the best displays in years was witnessed across the country. When I was alerted to the event by Aurorawatch early in the evening, I knew I was in for a late night. I still haven’t caught up on my sleep! But it was worth it!
Below are a few images from that night. So to the sun I have this message: Burp! Burp long and hard! It doesn’t bother me one bit! 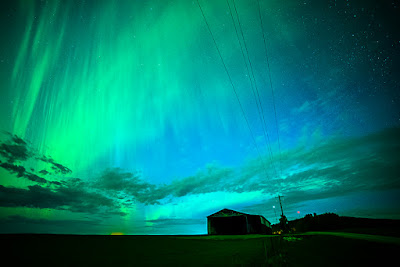 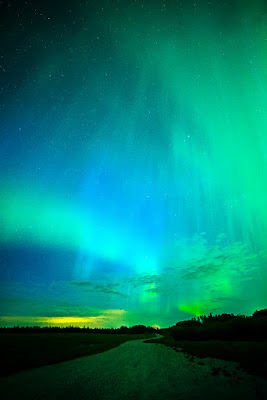 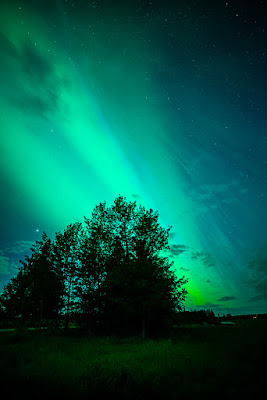 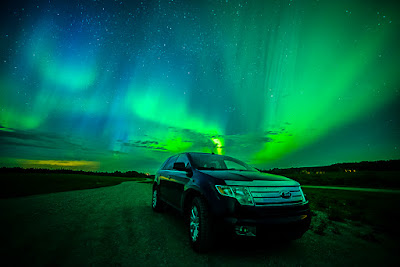