“Got…to…get….up………….got …to.” I have repeated those words in my head numerous times during the darkest part of the morning, trying to convince myself to leave the comfort of a warm bed, for the chance to capture images of the night sky. Every time I have this internal back and forth debate with myself, I can’t help but think of the old Spiderman cartoons on TV when I was a kid. I’m pretty sure there was an episode when Spidey was struggling to return to his feet after he was knocked out, and uttering the above words, he willed himself up to defeat the villain. The Lizard, Dr. Octopus and Mysterio had no chance when the Webcrawler was motivated.
Staying out late, getting up early. Sunset, sunrise. Why does the best light happen at the most inopportune time? Why does the Milkyway galaxy only show up at night, (which I happen to believe  is the best time for sleeping btw)? Aurora borealis, Perseid meteor showers? Yep, all at night, in the dark, when it’s colder……..and scarier. Super human powers would definitely come in handy when I battle that villain in my head, Lazy Photographer Man, who makes pretty convincing arguments that are anti- get up and pro- stay in bed. 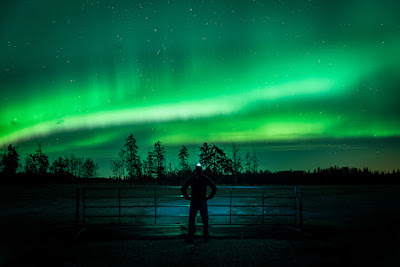 Actually, when you think about it, being a motivated night sky photographer mimics superhero exploits in a number of ways. Much like Superman, a landscape photographer has to be ready at all times. Supe always had his tights and cape on, even under his suit as his alter ego, Clark Kent. Running to the nearest telephone booth when trouble called, he would start to rip his shirt off, displaying a bold ‘S’. So quick to respond, he risked revealing his true identity before he even found a telephone booth. That guy cared. I wished I cared that much about the northern lights.
Batman did most of his work at night. Sitting in his bat cave, he would scan Gotham City with the most up to date technology to locate crime in action. He was no Joker. Night time was the best time for fighting crime simply because that’s when most crime happened. Smart guy. The Dark Knights of photography are not much different. Computers, tablets and digital devices of all kinds are tuned in to aurora watch websites that give alerts. Scanning weather forecasts and patterns to plan the best place and time to find the action. Downloading the best night sky apps to see where the stars are positioned at any given time. Add in the photography equipment itself and we are talking Bruce Wayne money here. 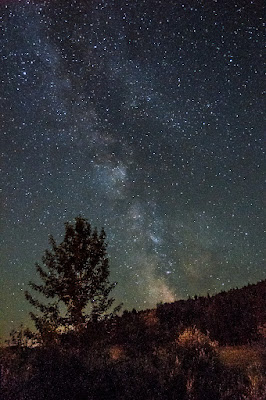 I don’t know how many times while I’m relaxing with a cup of tea, watching Youtube videos on how to get the best out of your landscape photography, when my wife yells downstairs: “There’s some pretty crazy light out there!” “Those clouds are pretty impressive!” “Looks like a storm is coming!” Doesn’t she realize I’m trying to improve my photography! She’s like Batman sitting on the edge of a tall city building, looking for the bat signal reflecting off a cloud.
I need to work on my superhero attitude. The northern lights may be green, but it’s not Kryptonite. Superheros can’t afford to be lazy. Usually, crime happens while the world sleeps. So do stars, galaxies, meteors, planets and auroras. If I want to create images from the astro-photography world then I better be Astroboy and get my astro out of bed!
“Got…to …get…up………got…to!”  Remember those words. Remember Spidey. And remember his day job. 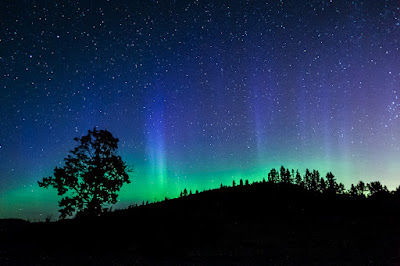