This lampshade was made some 43+ years ago by a family member. It survived many moves over the years but eventually suffered 3 broken panels. Our client who lives in Central Alberta brought it to us in the fall of 2019 and fortunately we had the exact same glass to complete repairs and restoration.

The first photo shows the restored lampshade now being enjoyed by our client on a daily basis. 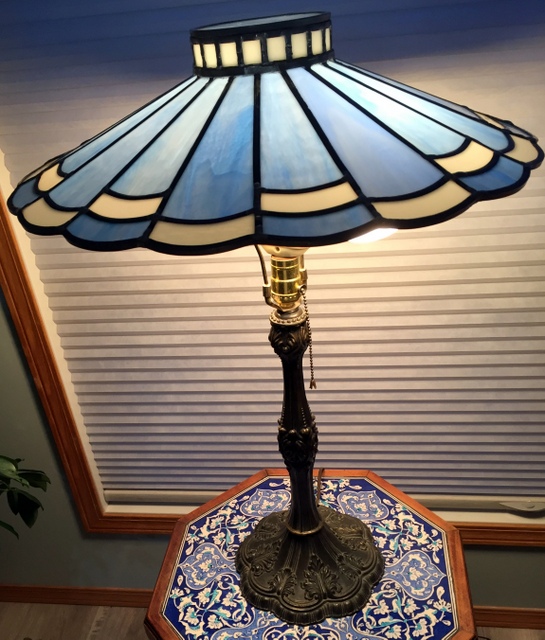 The next shows the 3 broken panels – 2 of which were beside each other and the 3rd one was over to the left with the faint black check mark on it. 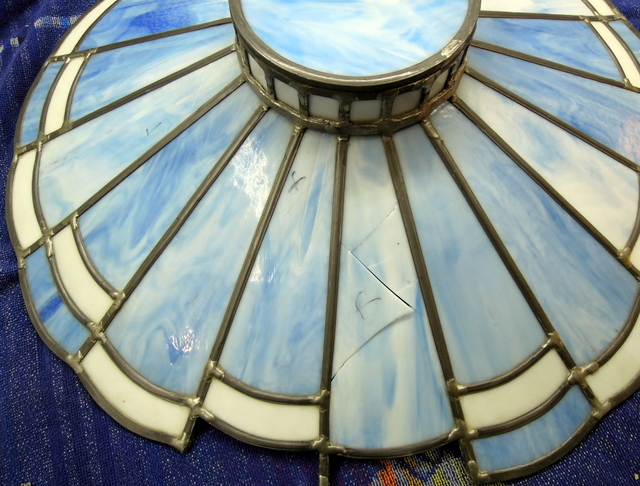 In order to put new glass in this lampshade we first used a small hacksaw and cut through the lead came removing the broken and unbroken pieces. As 2 of the panels were together we had to replace the center piece of lead came. When taking out the broken pieces we ensured that each broken panel piece was then taped together so we could use it for a pattern when making the new panel pieces. 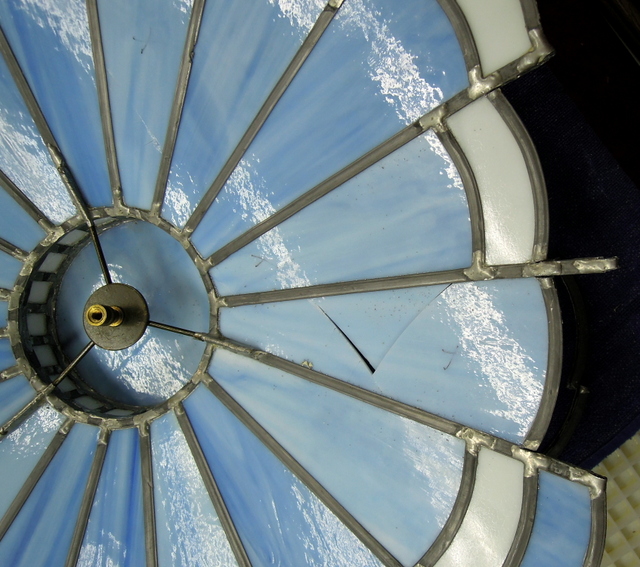 A problem we encountered especially with the 2 broken panes beside each other was that after fitting and replacing the glass along with the one new piece of lead came in the center of those 2 broken panels was that the lamp had sprung apart. Rather than trying to have Flory hand hold the shade together while re-soldering the joints we used some larger rubber bands which after some maneuvering held the lampshade back together quite nicely before soldering the new joints. The original lead came used was handmade and over the years we have come across several old repairs with this type of came. The difficult part is trying to match new came to the old came as close as possible. 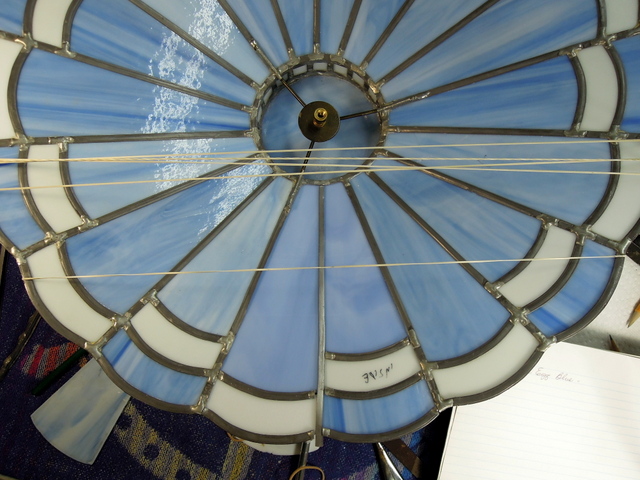 This last photo shows a top view of the restored lampshade. We cleaned both sides of the lampshade with Kwik Clean using toothbrushes and then repolished it with Clarity Stained Glass polish. We used a combination of soft polishing rags, toothbrushes, X-acto knife blades and paper towels to complete it along with lots of elbow grease. 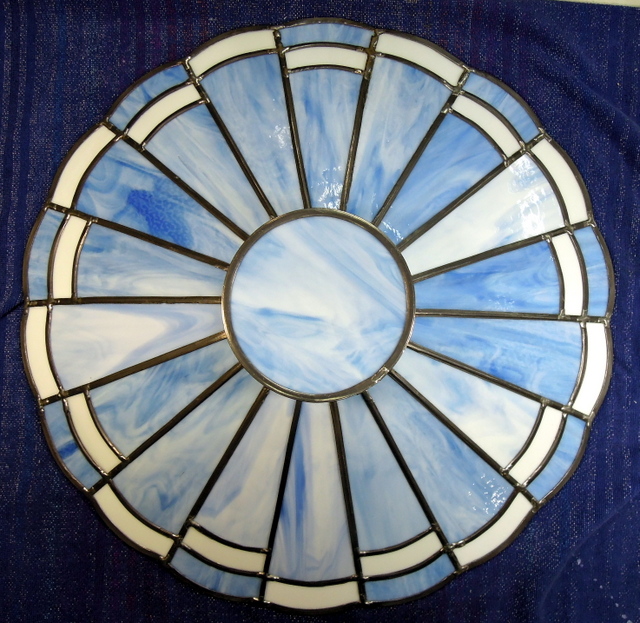 The post Heirloom Lamp Repair 2019 appeared first on Windows of the West.