On January 20th, 2019, we enjoyed a total lunar eclipse during a so-called supermoon, meaning the Moon was closer to the Earth and therefor spent more time in the shadow.

At the distance from the Earth to the Moon, the Earth’s shadow is approximately 2.6 lunar diameters, or around 9,000 km wide. These three images are about an hour apart.

Reviewing my photos of the eclipse, I realized I had captured  double eclipse. Technically called an occultation of a star, the Moon passes in front of a magnitude 8.5 star called SAO 97665, just before the deepest part of the eclipse. You can see it in the lower left. One photo every 20 seconds. Best viewed full size. 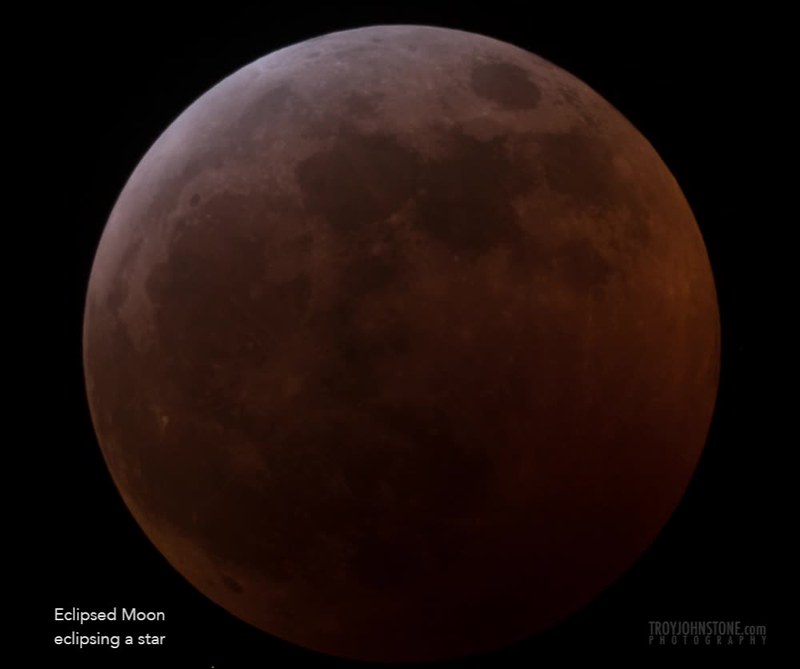 Moon during the deepest part of the eclipse:

I like this photo as it shows the Moon just coming out of totality with the bottom right still a deep red, but the upper left being lit with some of the blue light scatter coming through our atmosphere and a thin sliver of direct sunlight on the edge.

Every year we make a different Christmas Tree Ornament for our neighbours daughters and for Christmas 2018 we made these wreaths.  They measured 3.5 inches wide x 4.5 inches high. 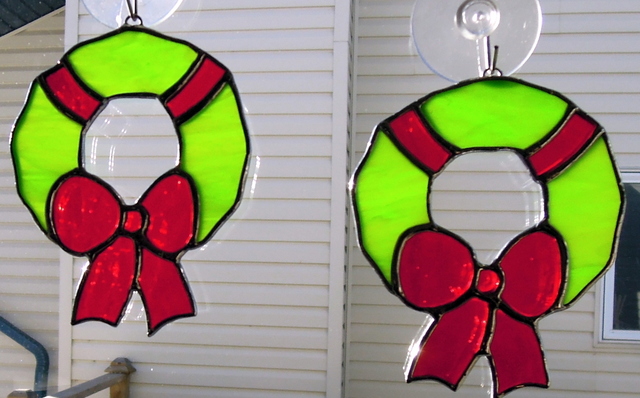 The post Christmas Ornament Wreaths 2018 appeared first on Windows of the West.

Our client’s family obtained this lamp many years ago and in our investigation we found out that it most likely was made in Mexico some 40 – 50+ years ago. The lead came that held all of the individual glass pieces together, was made by rolling flat led through a roller which gave the came it’s teeth marks on both the inside and outside of the came. For that reason we had no way of replacing the came and wanted to make sure that the lamp was as original as possible.

We had to take the loose pieces of glass ( numerous ones had completely fallen out ) and after cleaning each one, we manipulated the came with small tools along with a wooden awl. All of the glass was hand cut and grozend by hand (no grinders in those times), which left lots of chips on the pieces as can be seen in the pictures.

This Kee Beach panel was made in late 2011 – and has been residing in one of our son’s home in Leduc, Alberta, and this August we relocated it to his companies business office.

Kee Beach was originally posted on our website back in 2012, it measures 30 inches wide by 38 inches high. Kee Beach is located on the Hawaiian Island of Kauai and it was the location of the TV mini Series the Thorn Birds.

The first picture shows the panel from the inside of the office and is the backside of the panel. 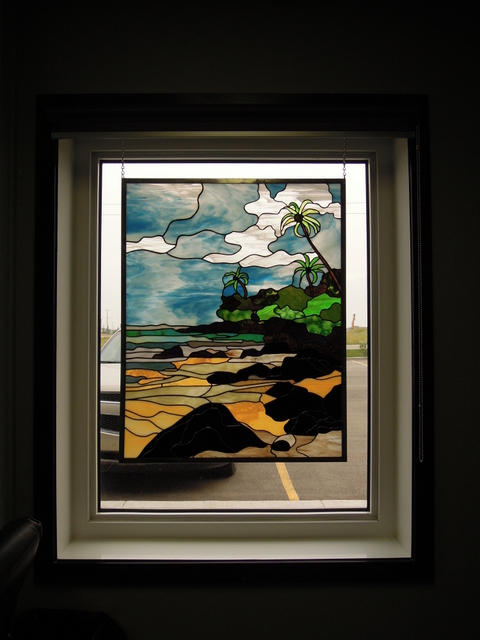 Coming soon will be the full story of this very old Family Crest Restoration. This picture is just a very small portion of this historic piece of stained glass, which had an amazing beginning, ocean travel, institution display, escaped the wrecking ball, travelled across Canada and eventually ended up in our studio to be restored. It is quite a story – stay tuned. 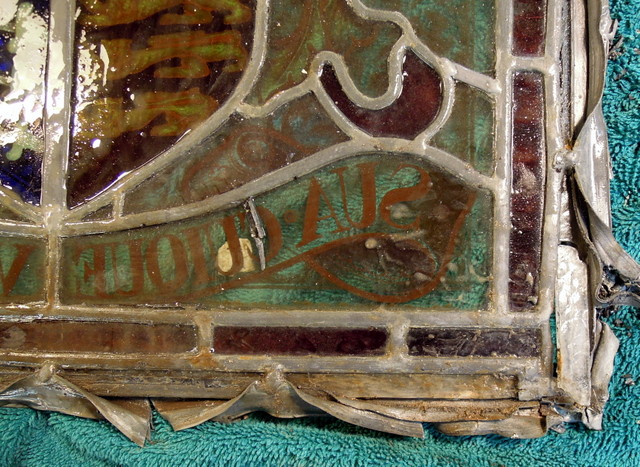 Artist to be announced at a later date